Unleash The Beat with JES 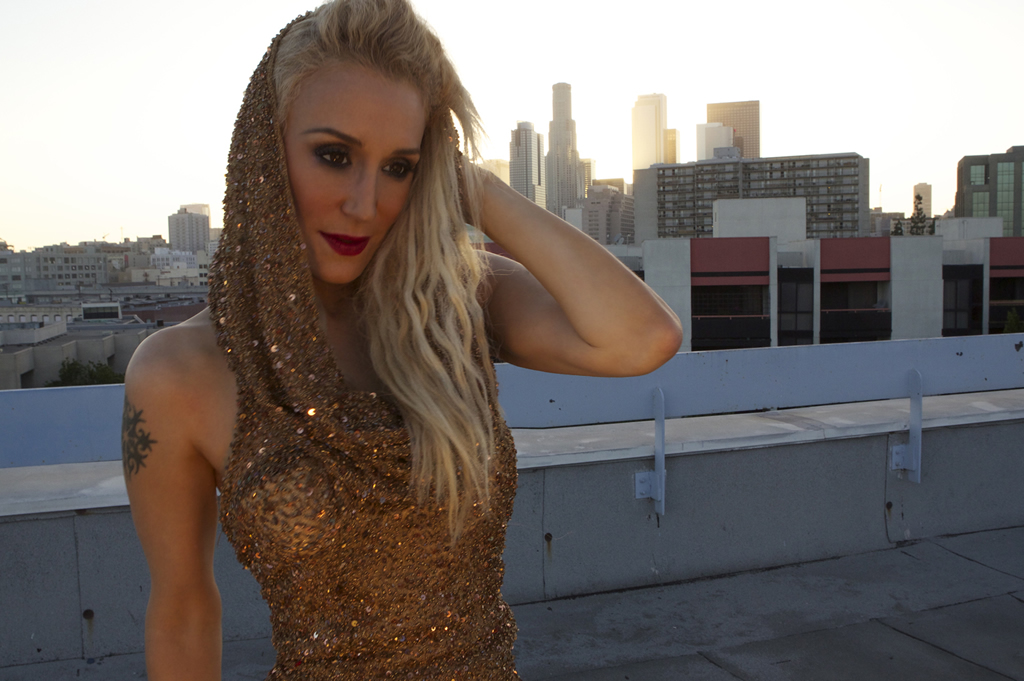 It is a commonly held belief that leaders are born, not made. If this is true, then JES’ position in the world of EDM can only be described as her birth right.

In a world where few have the vision, creativity and will power to carve their own distinct niche JES has excelled in exactly that. One voice and vision that has forged a career path that is often imitated, but rarely equaled. JES’ extraordinary voice and passionate songwriting has won her the respect and adoration of both the music fans and industry across the globe, releasing songs with the very cream of the international EDM crop.

Born into a performing family in New York City, JES wrote and sang her own songs from a very early age. “My mother was an actress and singer, so music makes up some of my earliest memories, but it really became an obsession in my early teens. When I first got the chance to record a song in a professional studio and heard my voice playing back through those huge speakers I knew right then, this was what I was meant to do”.

JES immersed herself in music working as anything she could, to stay connected to the new world that had become her life. However, it wasn’t until she moved to Los Angeles that she would be introduced to a new style of music, with which, her name would become synonymous. “I was an assistant engineer at a studio in LA, and began to work with one of the engineers there. He was deeply into a new form of music called trance that I hadn’t heard before. The music was deep and wide and free, and it felt like anything was allowed. It was a complete change to what I had been working on in New York, and it felt like something I could make my own”.

One of the songs from those sessions was picked up by Paul Van Dyk for his “Politics of Dancing” comp series sparking a series of west coast EDM collaborations. After hits with dance music pioneers like D-Fuse and Deepsky, JES began to work with two underground San Francisco based DJ’s named Josh Gabriel and Dave Dresden forming a band called “Motorcycle”. The resulting song, “As The Rush Comes” would change the landscape of electronic music for a generation. “We worked on “As The Rush Comes“ obsessively, Josh and Dave had exactly the same commitment to music that I had. Most of it was recorded in one day. I had no idea that it would strike a chord with fans the way it did. The song was so different to anything that was popular at the time”. Hitting the number one spot in multiple countries (#1 Billboard Hot Dance Airplay Chart US) “As The Rush Comes,” was remixed by most of the worlds top DJ’s including Armin Van Buuren, Above & Beyond and Markus Schultz. Motorcycle won the following years IDMA award (Progressive Trance) and the song became the first year end #1 Dance airplay track.

Propelled onwards by the massive success of Motorcycle, JES formed a close working relationship with Tiesto (then ranked as the worlds #1 DJ) and signed a solo artist deal with his label, enabling her to release music on her own terms while being featured on a variety of Tiesto’s hits. “Being the first singer to sign onto the label was a huge step for me. It was always hard to be seen as an equal to the DJ’s. This really showed me that the great DJ’s understand that while the beat moves the feet, it’s the song that moves the heart”.

Touring together for 18 months on the groundbreaking “Elements of Life” show introduced JES as a solo artist to the wider EDM community and redefined the fans expectations of a dance music event. Featuring a rock show format with JES as the opening act, Tiesto shared the stage with a live singer creating the now all too familiar “in concert” concept drives most of EDM’s large tours. JES’ debut solo album“Disconnect” went on to enjoy massive success, spawning 3 hit singles and the billboard #1 single “Imagination”. Taking the number one spot from Beyonce and remaining in the chart for months, it featured a remix by an up and coming DJ named Kaskade. “Imagination was a song that I had written a few years earlier with just an acoustic guitar. It was intensely personal , so reliving it constantly wasn’t always an easy experience. It still gives me goose bumps to sing it to this day.” Disconnect was closely followed by a chill out remix album. “Into The Dawn” – the hits disconnected – was an album of lounge style remixes that paved the way for the popular double sided dance/chillout release format we see today.

A non stop tour schedule has taken JES to 6 continents and countless countries. Landmark performances included the Beijing Olympics for Coca Cola and 5 appearances at Red Rocks , the legendary Colorado amphitheatre. “The shows are the most important part of music for me. It’s only ever about the connection, making people feel what you felt when you wrote it. Everybody has similar experiences in life, and when thousands of people feel something at the same time, it’s the most powerful thing I know.” Always seeking out a new path, JES added DJ’ing to her legendary performances and launched a hit weekly mixshow and a mix album franchise to support it. “Unleash The Beat” has enjoyed runaway success syndicating worldwide on over 60 stations in 18 short months of broadcast. Dj’ing has also become a central part of JES’ live show where she mixes while she sings, once again leading a new revolution in EDM performance culture.

“Music has been a big part of my life for so long it’s hard to imagine a day without it. It’s always been about being true to yourself, and that honesty will resonate with somebody out there. Every day I read messages and posts from people that have felt something from my music and that’s what pushes me on and keeps me going when things get tough. Knowing that you’re not alone, that someone else out there understands what you’re feeling right now.”

They say if you want to know the future, then look to the stars. In this case it would seem, never was a truer word spoken.